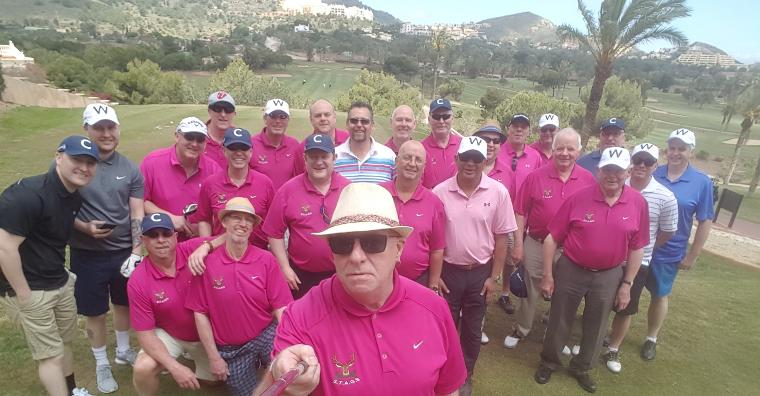 Well "La Manga 2017" came and went like a flash, firstly a huge thanks to Les Gwillym and Brendan Reilly for organising the weekend and making everything go so smoothly. It was thoroughly enjoyed by all 24 who attended including all our new members whose first time it was playing society continental golf.

This was the course that I have no recollection at all from last year, I can't imagine why, Lol. We arrived to cool misty rain and at first none of us were keen to play in these conditions, but as our tee time neared, the weather started to clear up and we ended up with a great afternoon, even though the sun didn't bother turning up. It was tough going and this was reflected in the scores with the eventual winner, Jonas Mark (formerly known as Mark Jones) coming out on top. 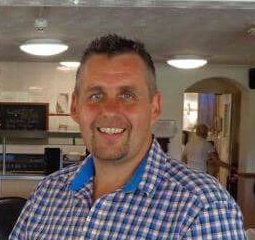 What a different day Sunday was, the sun was shining bright but the temperature was kept low by what can only be described as a "Cold Gale" blowing all around which turned it into another challenging day for our Trophy competition. Again the points were low showing the difficulty of the conditions, with the winner turning out to be our member from the valleys of Wales, Mr Andrew Barcello. 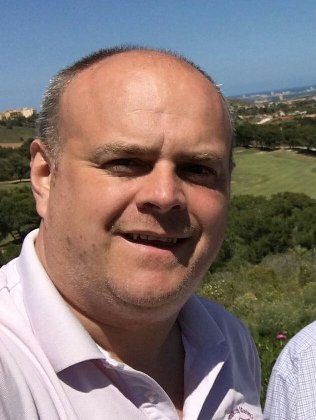 So on our final day the full Spanish weather finally turned up with red hot conditions making it a wonderfully pleasant game around the hardest course of the 3. Again the difficulty was shown by the lower points scored which have got lower each day. Could that have just been down to conditions, or could it be down to the 04.00 am times when everyone managed to get back home from the night before. Whatever, the final winner of the weekend was Billy Noonan, who managed his way around the course the best on the day. Billy also had the best overall score over the weekend meaning he was our " La Manga Champion" 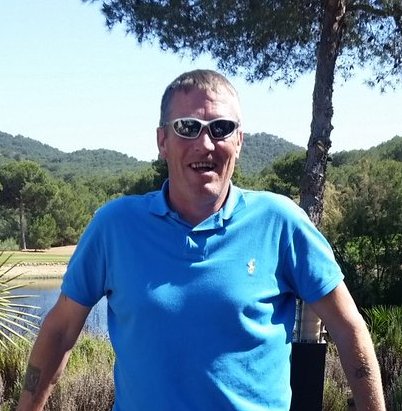 All in all it was a fantastic 3 days which was enjoyed by all who attended, many Euros were spent in the clubs and bars of La Manga, quite a few on the Sat night whilst watching the "Joshua v Klitschko" fight, well done Anthony Joshua. The debate about taking ones own clubs or hiring clubs was born out by the fact the winners of each day all had their own clubs !!!

Thanks to all who came and made it the fantastic weekend it turned out to be, but a special thank you to our President - John Costello (age 79) and Pat Brennan (age 75), 2 of our founding members of the society, not only did they make the journey, they also managed to take part in all 3 matches, more than some of us younger members managed to do :) !

And so to next year 2018, the hunt is on for a change of venue, looking highly likely to be Portugal, but one thing is for sure, we will be back to La Manga sometime in the future as well.