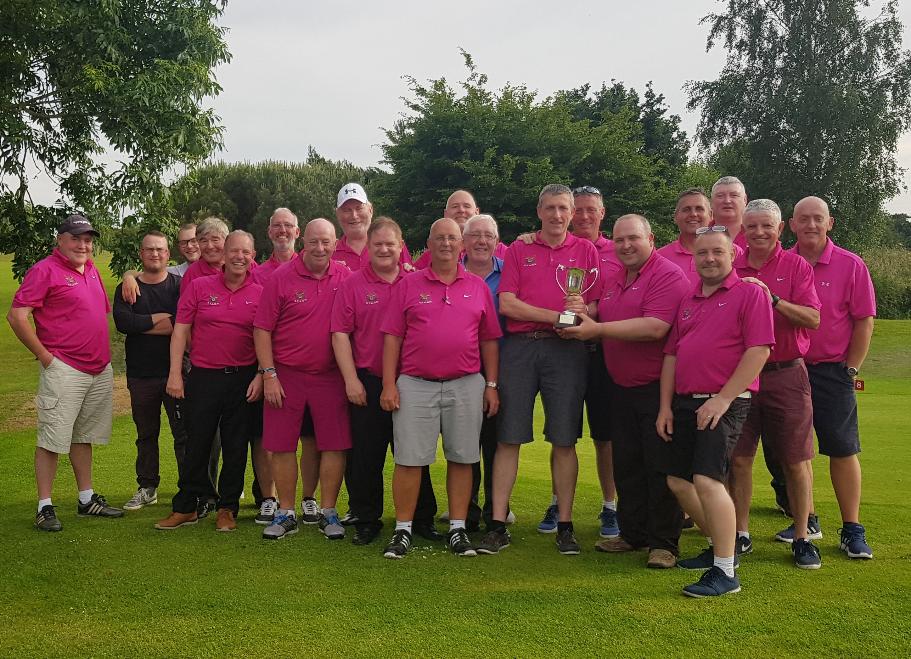 It was a very early start for the STAGS as we met at the club for 8:15 to set off on a two hour journey to the stunning Cotswolds – the journey would have been cut by quite a few minutes if we hadn’t had to wait for Mark Jones’ toilet expeditions. I must say he has a wonderful flow that many of our members could only dream of having!

We have been blessed this summer with the beautiful weather which is in stark contrast to the beginning of the season.

The Wiltshire has two golf courses – the 18 hole Lake course and the 9 hole Garden course. The Lake course was in magnificent condition and some spectacular golf was played. All par 3’s were nearest the pins and we even had a nearest the pin in 2 on the dog-leg right 13th.

Again, the weather was superb which was polar opposite to last year’s Captain’s Day in Llandrindod Wells where even Noah would have struggled!

The order of play was drawn on the coach and pulled out some great combinations. I was out with last years player of the year, Cookie; Big Hitter, Gareth Lane and Mark ‘long flow’ Jones.

Unfortunately Gareth injured his shoulder and had to retire after the 8th but as we got to the 10th, just past the swimming pool, we could see him diving off the top board and into the refreshingly cool pool!

James Cook was out of sorts today – unusual for him and myself and Mark played some steady golf. Last years winner Pete Clarke was playing some steady golf himself and incredibly it was he who retained the Captain’s cup with 35 points and both Mark Jones [34] and Myself [33] in 2nd and 3rd place respectively.

Congratulations to Matt Bowen, Colm Doherty and Billy Noonan on their nearest the pins [Yes, congratulations Matt on getting a ‘2’!]. Nobody could get the 13th in two – having played it I think somebody really should have!

The Wiltshire was a lovely venue and had everything we needed. Dinner was lovely, the people friendly and all-in-all a great atmosphere.

Several of us ventured into Swindon to the opulent sounding Savoy [it was a converted cinema owned by Wetherspoons] but there were some Geeky Blinders who seemed a little meek and mild to want to venture too far from the Hotel! Anyway it was a fairly early night as we rounded the night of with tales of the gents various intimate operations!

We realised several weeks ago that England would be playing one of their matches during today and we are eternally grateful to the Wiltshire for reorganising our Tee off from 11am to 9am. The format of the round was Texas Scramble for the ‘front’ 9  [yellow tees] and standard stableford for the ‘back 9’ [black tees]. The weather once again was magnificent and so was the course – apart from the weird pecking holes from the birds.

Congratulations to Vice Captain Chris McGrath, Cookie and the fully refreshed [not surprised after his pampering in the hotel] Gareth Lane who scored a net 25.

On the back 9 stableford it was Tony Killarney with a superb 23 points who came in as the victor and Paul Wallace and Tom Foley in 2nd and 3rd respectively. Congratulations also to Paul again and to Les who collected the two nearest the pins. It was great to get back in and watch the match – especially England winning so comfortably to book their place against the Colombian’s.

The ride home was just as long as there were several stops on the way. All-in-all I think it was an absolutely brilliant weekend. I’d like to take this opportunity to thank Brendan for the organising of it and to the rest of the gents for making a great weekend of it.

It’s tiring looking after this lot you know!

All the best and keep trying to get away with it.   D  Logue 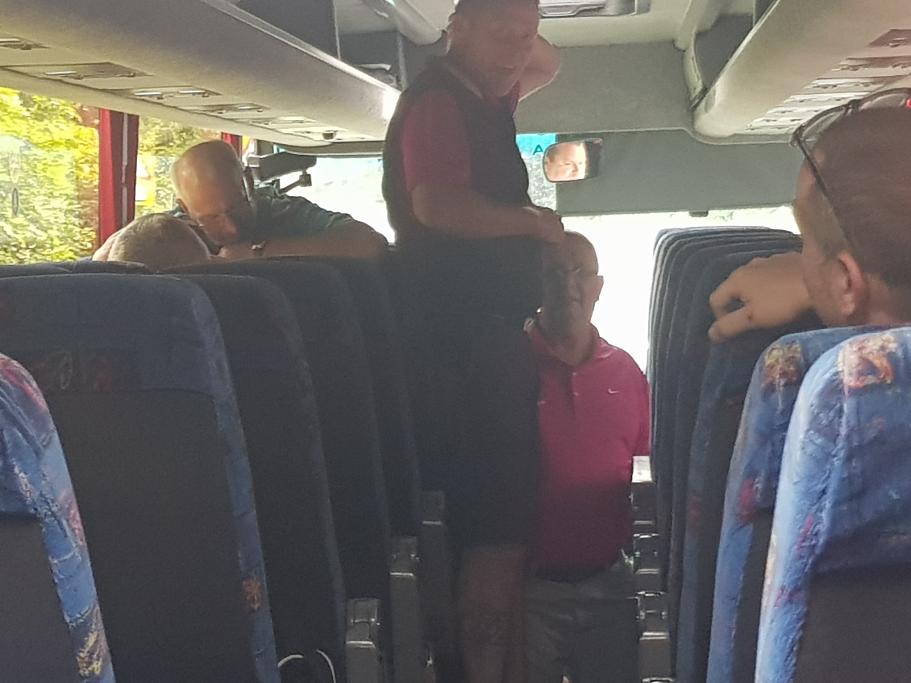