It's a privilege to be the Captain this year of this great Golf Society. This year I will be supported through out the season by my Vice Captain, Pete Clarke. Pete has been a member of the society for some years now and I hope he enjoys the role of Vice Captain and it helps him prepare for role of Captain next season, which will is the society's 20th anniversary!

It's safe to say I have some big shoes to fill as I follow last years Captain, Dave Logue, who did set a high standard being Captain last season. I am looking forward to trying to meet the standards set by Dave, though I don't think I'll be able to match the multi paged Captain updates at our monthly meetings. I am pretty certain our Secretary will be relieved that he won't have to make so many minutes at the meetings with my updates! Dave did start a great initiative though last year of presenting every winner of a match throughout the season with a STAGS ball marker, to carry on this initiative I have got a little something for each winner this season as well, which I hope goes down well with the members (see pictures below). 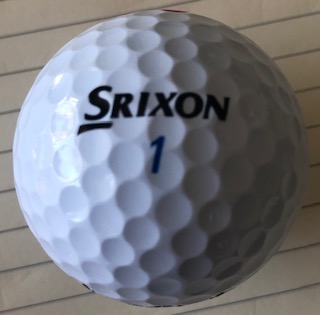 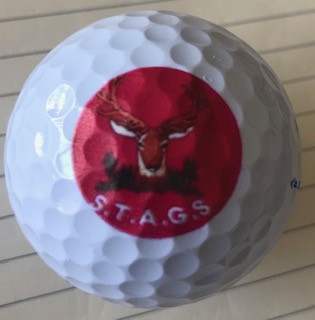 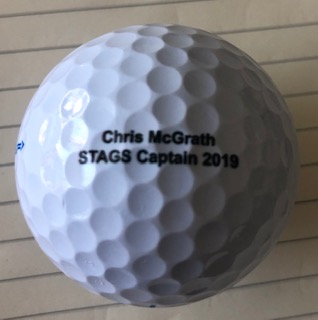 This season holds a lot to look forward to, with our annual trip to Spain coming up in May, where we will be making a return visit to La Manga. I'm sure we'll have another cracking weekend and the big question is will Billy Noonan make it a hat-trick of Spanish wins? I'm sure some of the other members will be plotting how they can grab the number 1 spot from him this year. I'm hoping we can emulate the last couple of Captain's Day weekends, which have been a great success. We will be planning this towards the end of June, with a venue still to be confirmed. We also have the annual day trip for Presidents Day, which is always a good day out, though I'm hoping we arrange a more reliable mode of transport than last year (when our coach broke down on the M5)! Aside from the matches and weekends away, there will be a reappearance this season  of our Handicap Secretary's 'Computer of Doom' for calculating members handicaps throughout the season. I am sure, as always, that this will generate some fascinating debate with the members!!

Each year the Captain of the society nominates a charity that we raise funds for throughout each season. This year I am nominating The Brain Tumour Charity as our charity for the season. Again I hope the members get behind this nomination and we can have another successful year raising funds for this worthwhile cause. In addition we will also have the annual charity golf day for the Lullaby's charity, organised each year by Billy Noonan. This another good day's golf and evening get together for a very worthwhile cause. I am confident all members will support this years charity causes.

Our first game of the season is the John Farrell Memorial at Pype Hayes on the 24th February. The current weather conditions and forecast suggest that this game will go ahead as planned. This will be a more positive start to the season's campaign than last year, where we had a number of postponed matches due to snow, ice and rain! The John Farrell Memorial is always a well attended match and great way to start the season and I look forward to seeing another great turn out in a week's time in memory of one of the founder members of the society.

I'll be posting some further updates and match reports throughout the year, but here's to another successful season withthe STAGS.