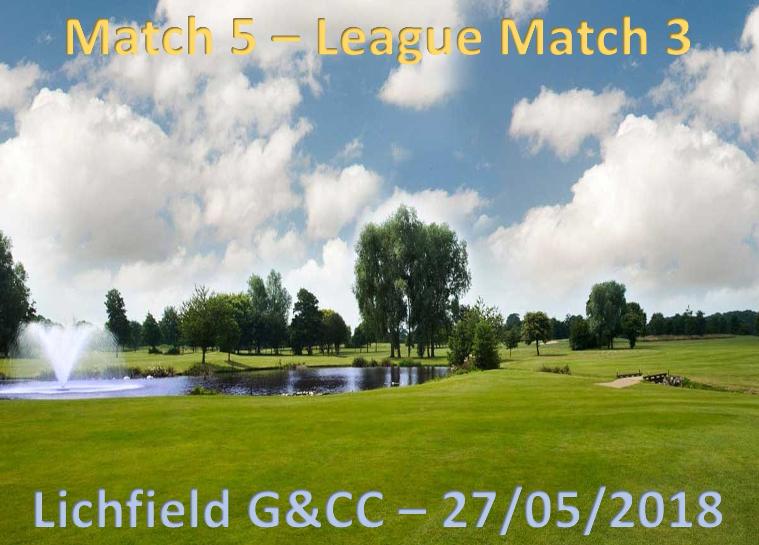 If we hadn't lived in the north of Birmingham we wouldn't have believed it! The weather we had at Lichfield was lovely which was in stark contrast just a few miles away back home where it was biblical! With the spires of Lichfield Cathedral a couple of miles away [sorry for the shit pun in the title] from a sun-soaked Lichfield Golf & Country Club the stage was all set for the STAGS to get their fifth match underway on its lovely course.

We were all called to order from the very officious starter who demanded that several of our unruly members tuck their shirts in [and quite right too!] and, as Captain, I once again had the privilege of getting us under way with a thunderous shot straight down the middle which then earned me my only birdie of the day!

The course was in great condition and had obviously drained well from the previous days lashing down - the greens ran true and were quite tricky in places. Below you can see Craig doing a great job fishing out his ball...again! 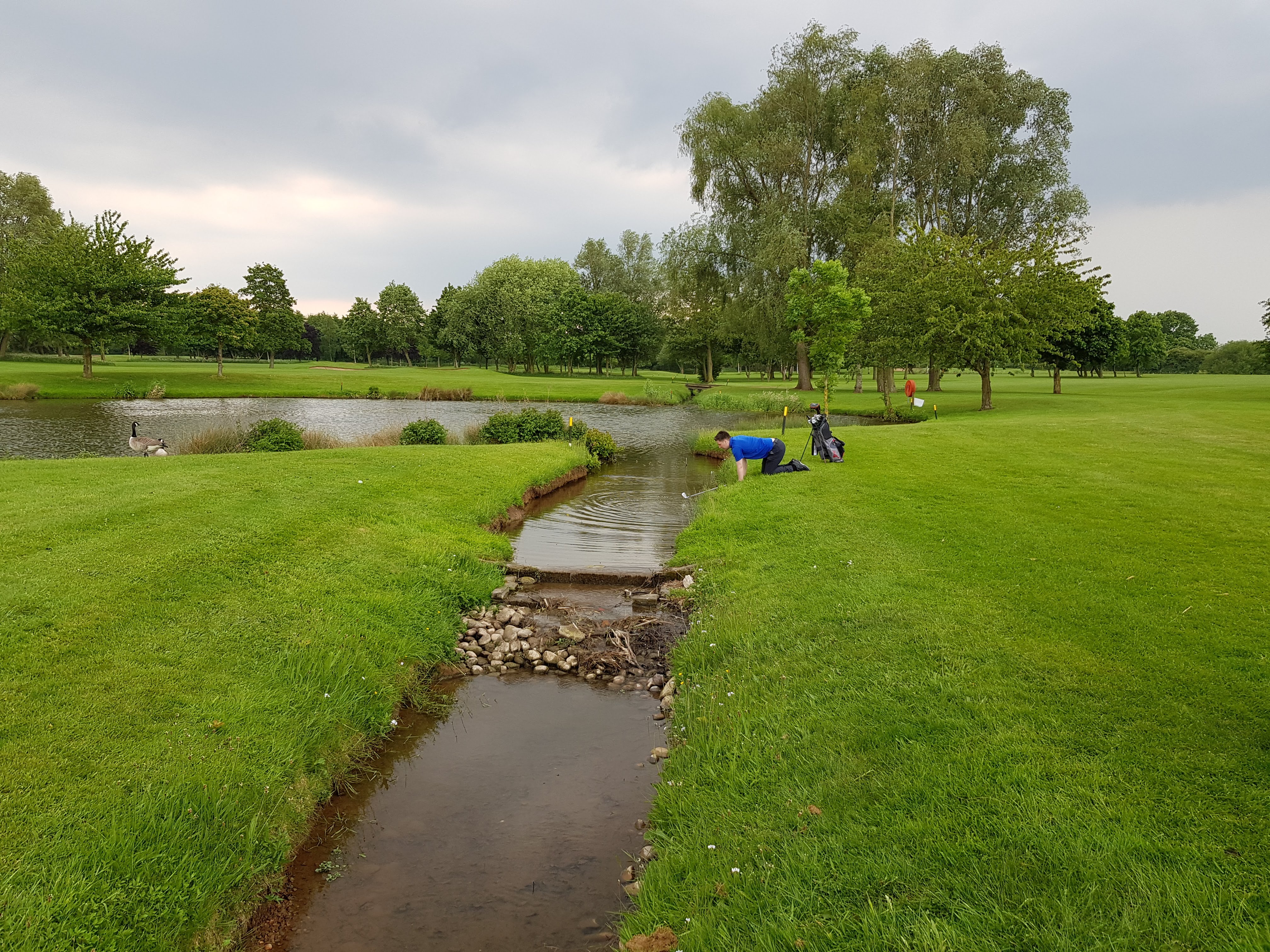 Our nearest the hole pins today were hole 4. Hole 4 demands an accurate tee shot - anything left and you could end up in the canal; anything right and you end up in the copse. Quite a few members hit the green today but it was Mark Jones who claimed this particular accolade.

Mark didn't have to wait long for yet another accolade as he hit an eagle on the 5th with it's tee box placed in amongst the trees next to the canal he hit a lovely shot to the right of the green but he still had lots to do as he had bunkers to deal with. He chipped onto the green and used the undulations to the left of the green to help it meander towards the hole and in - nice one Jonas!

The next nearest the pin award went to Brendan Donnelly on the 15th - his second of the campaign - every little helps!

There were some great scores that came in; and towards the end of the round we could hear the ominous rumbles of thunder as it was starting to look a bit black over Bill's mother's. But it was last years player of the year James Cook who took the honours with an incredible 41 points just in front of Paul Wallace - Billy Noonan is surely going to go to town on James now as his playing over the past 18 months can only be described as monumental - well done Cookie! 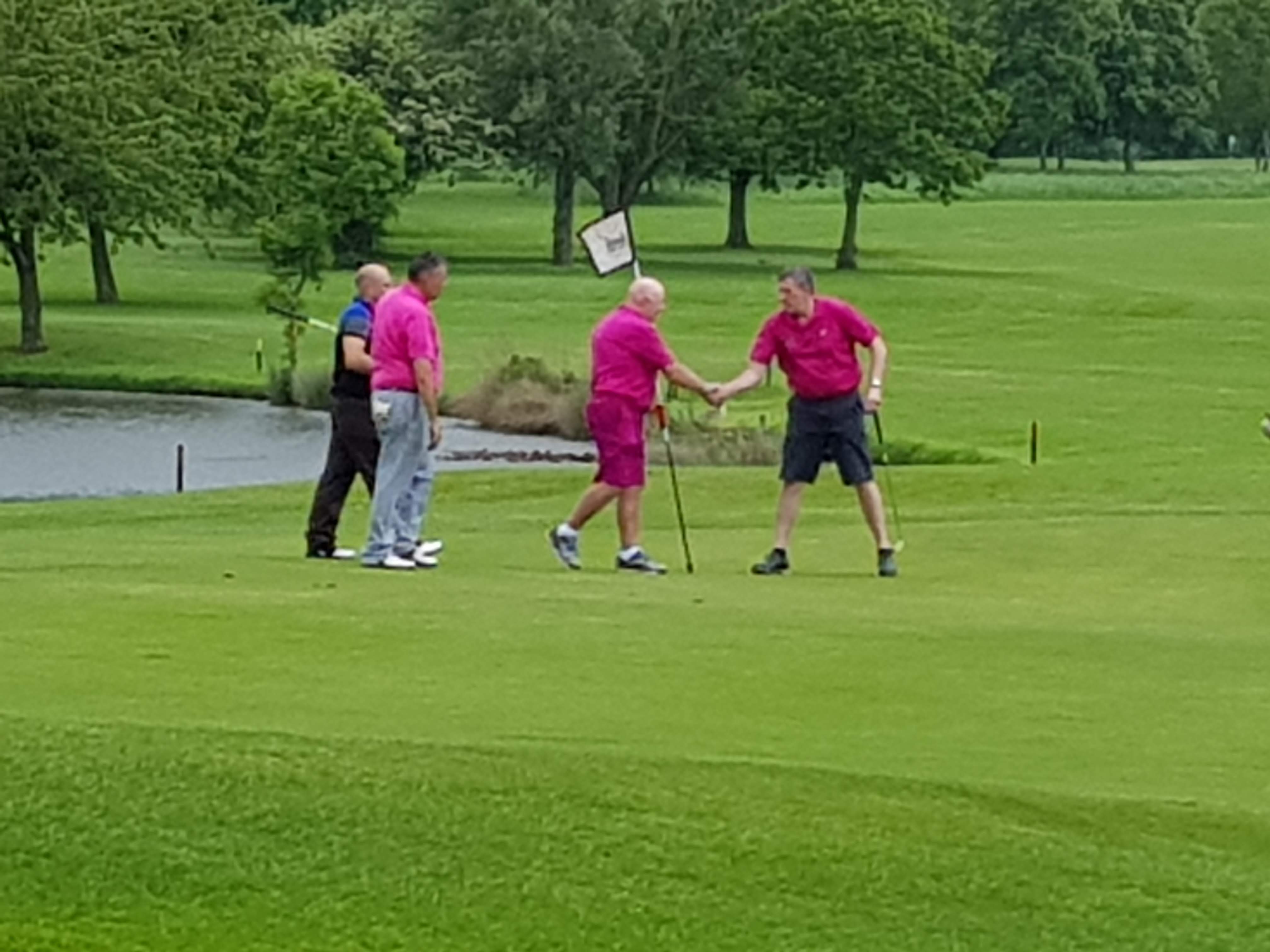 Our next match sees 12 STAGS enter a wonderful charity competition at The West Midlands course for the Lily Mae Foundation [ @LilyMae_UK ] - the course has only just opened up its 'Devil' hole; the 666 yard par 6, so we can't wait to take 3 teams over to what should be a great day!

After that we play at Aston Wood Golf Club [ @astonwoodgolf ] . On a personal note I'm really looking forward the this as my Dad is a founder member of the course and I haven't played it in years.

Until next time- happy golfing people,