What a superb course! The facilities were great too! Once again we were treated to some spectacular holes especially the elevated 11th tee.

The course was in excellent condition and there was a lot of water to navigate…as well as the usual bunker – in hindsight I really should have brought along my bucket and spade instead of my clubs…may as well have thrown in my fishing rod whilst I’m at it! 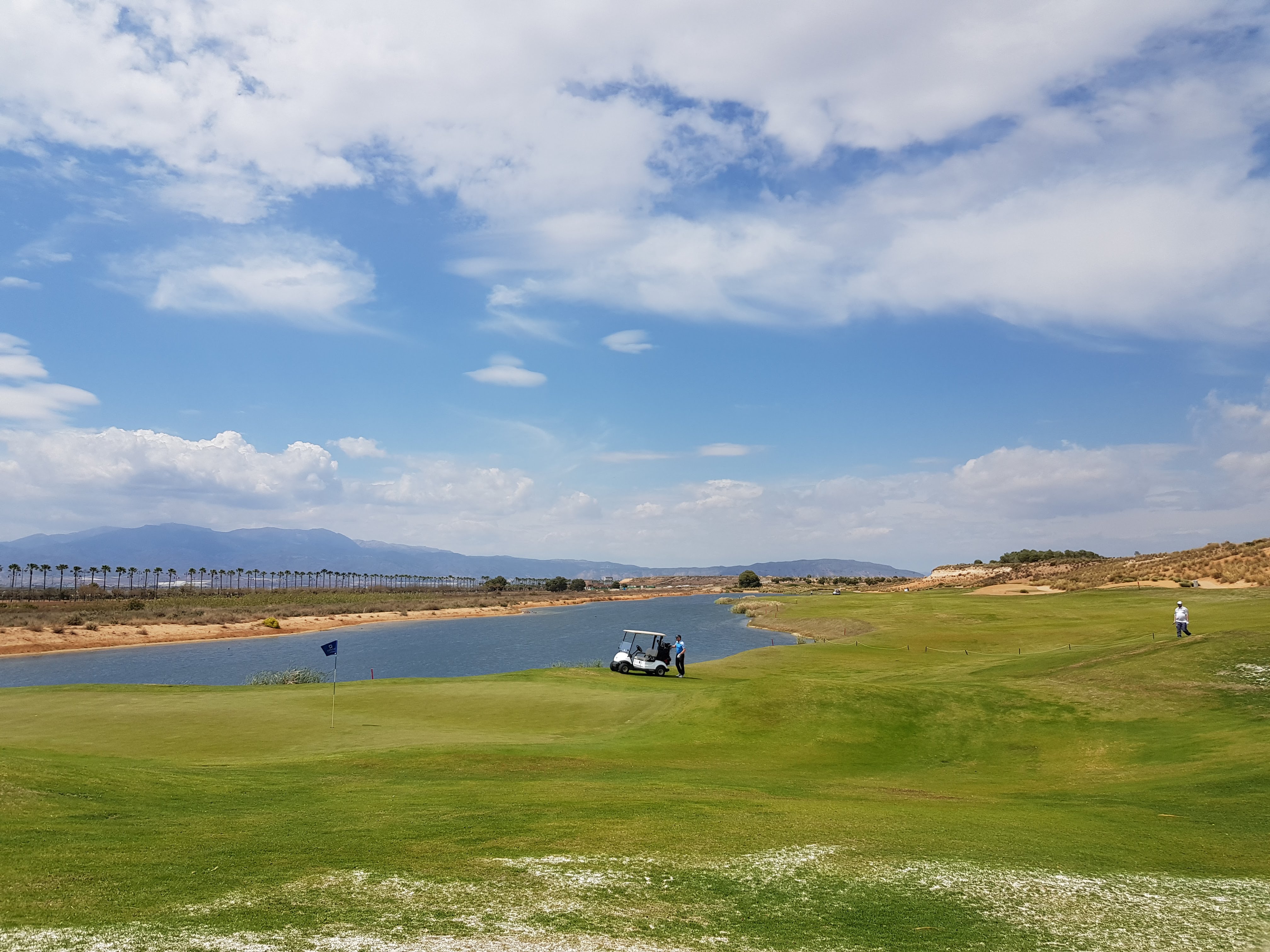 The greens really didn’t seem to want to play ball today with many not playing the way we expected to – but what’s new there then.

Once again Tim Lane hit a nearest the pin and Andy Barcello hitting another – although as we were in-between other groups his marker had been moved – with this in mind and probably due to his lack of trust from his fellow golfers (he’s a good judge of character) he got photographic evidence to back his claim – it was a great shot all the same!

Billy Noonan hit the other nearest the pin and it was Billy who won on the day and, after a fairly decent score in the first match, was now in the running to become overall champion for the second year in a row – surely he couldn’t do it again!?

But the final shout has to go to Ges Tierney who found out going towards the 13th tee that he had just become a grandfather. To say that Ges was emotional would be a terrific understatement – I was delighted to be there when he got the call.

On behalf of the STAGS; congratulations Ges and many thanks for getting the drinks in.

I believe it’s my duty to tell you that Mrs Tierney warned Ges not to celebrate too much on the night – I think we’ll leave the rest of the evening to your imagination!