It seems as if we're on a roll - two scheduled games in a row without snow or biblical thunderstorms.

A good 45 minutes to an hours drive away Cold Ashby, set amongst the rolling hills (or some might say, mountainous region) of Northamptonshire was the setting for the STAGS second game of the season. It was great to see 22 STAGS make the journey considering the distance and the dubious weather conditions - it was particularly good to see our 2016 captain Kevin Daly back in action amongst the brace.

On first arrival we wondered weather we should have brought our mountain gear along with the clubs as the photo below shows looking up towards the 18th - fortunately we made our way down this particular hole - but you had to get up there some how and boy was it a slog and a half. 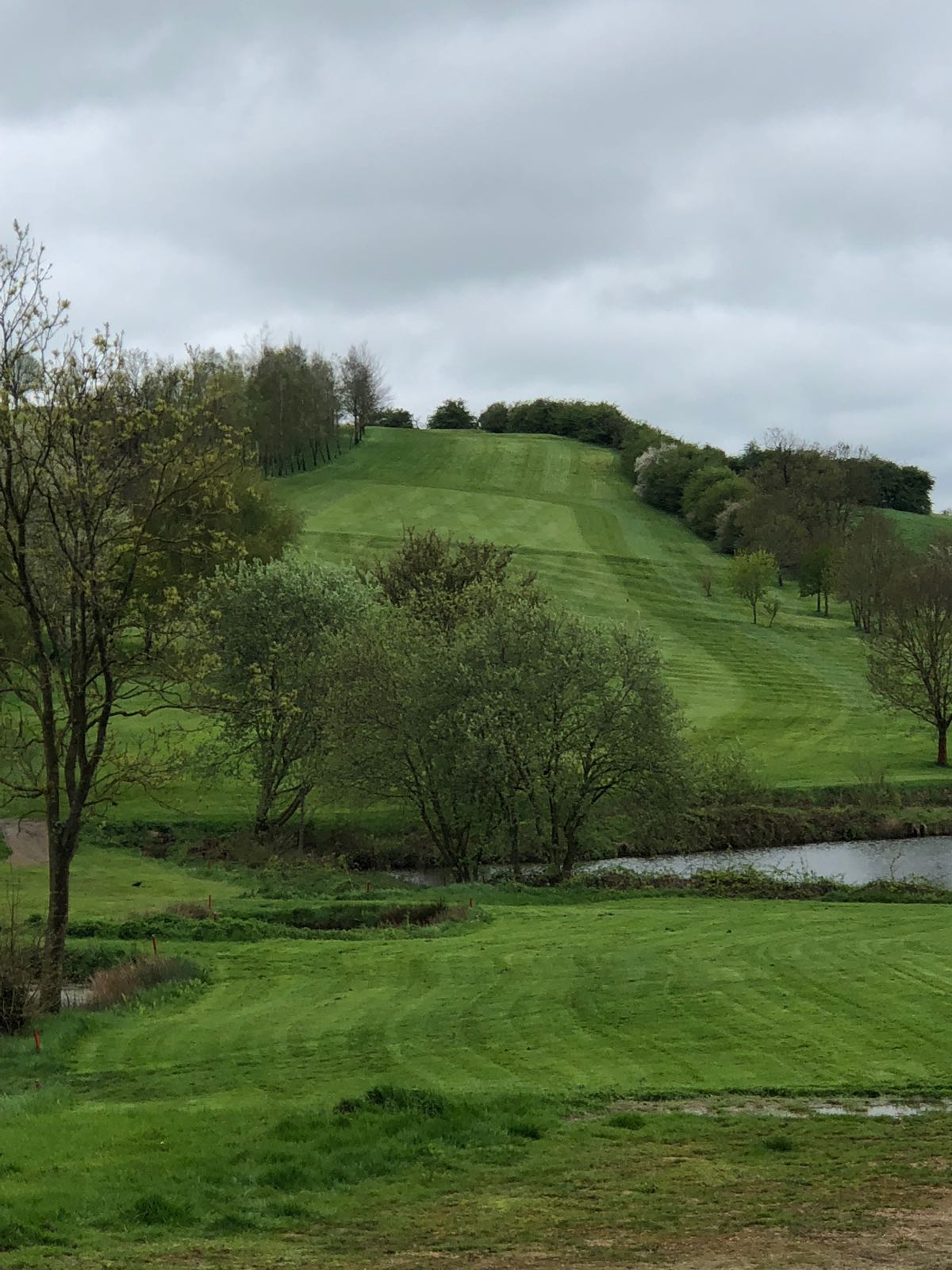 I played with last games winner Tom Morahan who looked a little nervous as the greens looked in quite good condition and the returning Kev Daly who gave his usual commentary about mine and Tom's golf all the way round the course - it wasn't complimetary.

An uphill start on the 250yrd par 3 first with 3 bunkers protecting the green began the round. Making our way to the 3rd tee - a spectacular tee with thrilling views - I realised that my footing had gone from under me and I went arse over tit - there was nothing graceful about that landing.

Luckily Tom and Kev didn't spot my faux pas as Tom was helping Kev up off the ground too - it turns out that we weren't the only one's to succumb to the perils of the course as people came back in with various strains, twists and other ailments. 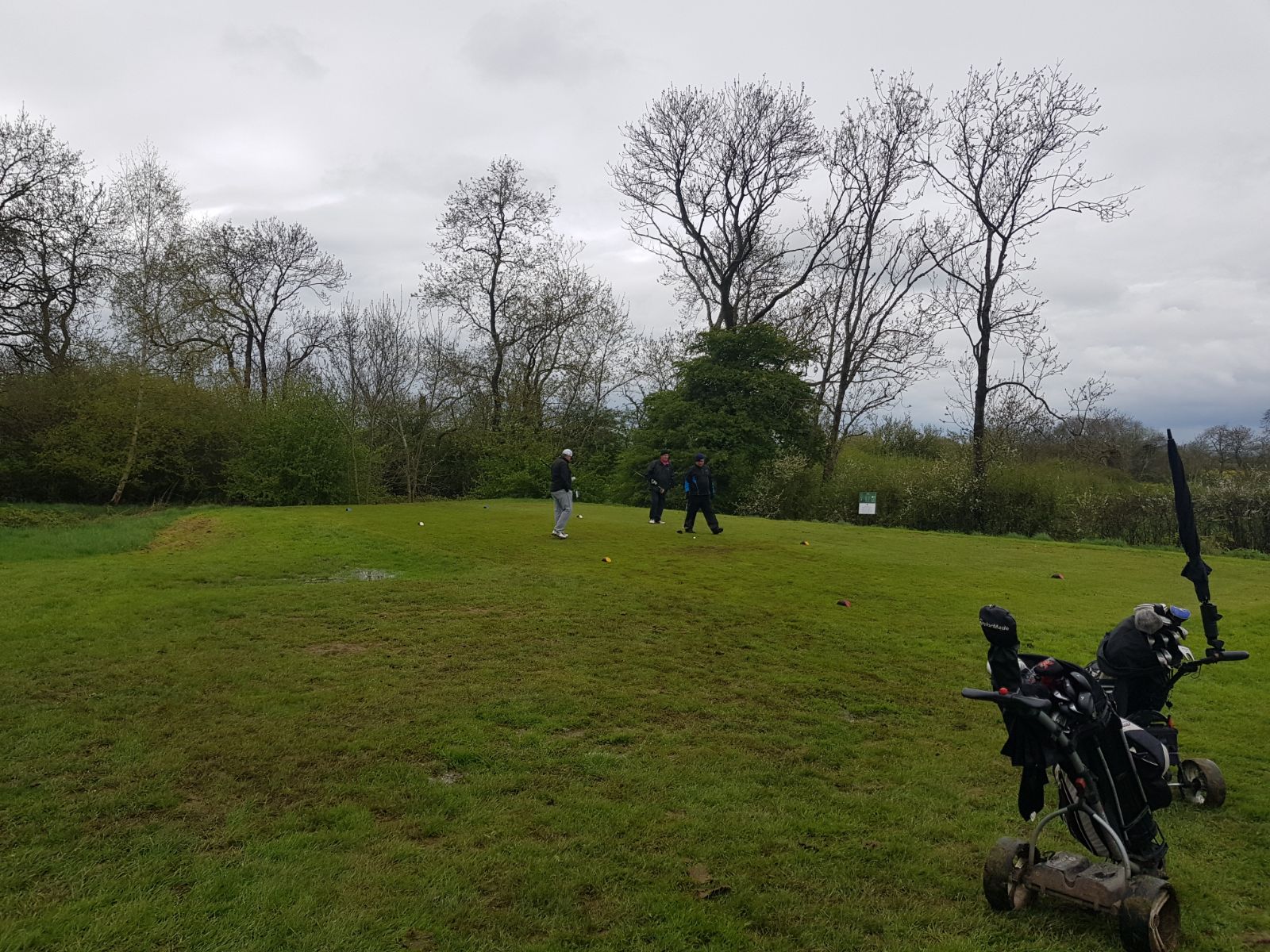 So not only a tough first nine holes but a fairly treacherous nine too - however there were one or two good scores all the same. It was felt that the second nine was a little easier to navigate - or was it that we were getting used to the tough conditions!?

As we came in it looked like it was going to be a low scoring match with 29 points leading for quite a while. However, it was Stuart Hayden who waded in with an impressive 34 points, not only that but he achieved a nearest the pin too - that netted him a cool £15. I had no pleasure in informing Stuart that he was yet to pay his yearly subs of £15 pounds and Tom Morahan gleefully snatched it away from the triumphant hands of the bemused winner. No matter as Stuart got his hands on the much sought after STAGS winner ball marker!

James Cook got the other nearest the pin and Daniel Welsh got a 2 which was rolled over from last time out - he still needs to sort his course etiquette out! 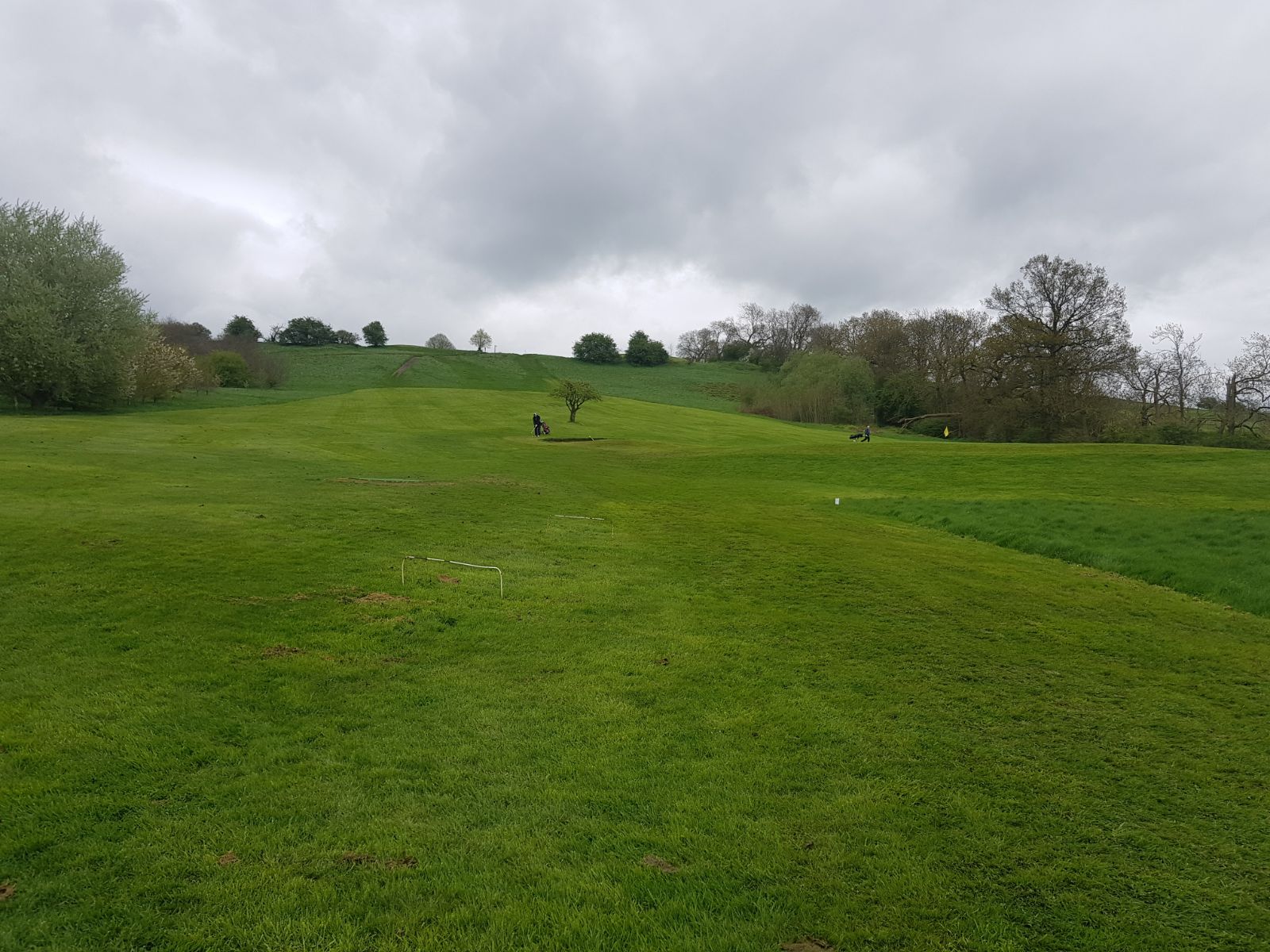 I must give Les Gwillym a mention who came in with 29 points but with an incredible (impressive?) 7 (seven) blobs - that's 29 points from 11 holes...Mr Noonan, do your business CHOP!! CHOP!!

Anyway, our next matches are away in Spain at Mar Menor near Murcia...until next time...Adios Amigos,