Well, who in their right mind would book this course on a bank holiday Monday? It was an absolute nightmare getting into the club as throngs of excitable children and their owners trundled the hallowed turf towards what I can only describe as hell on earth...luckily for the STAGS, despite a 30 minute queue, we turned off to a rather more tranquil and civilised setting. 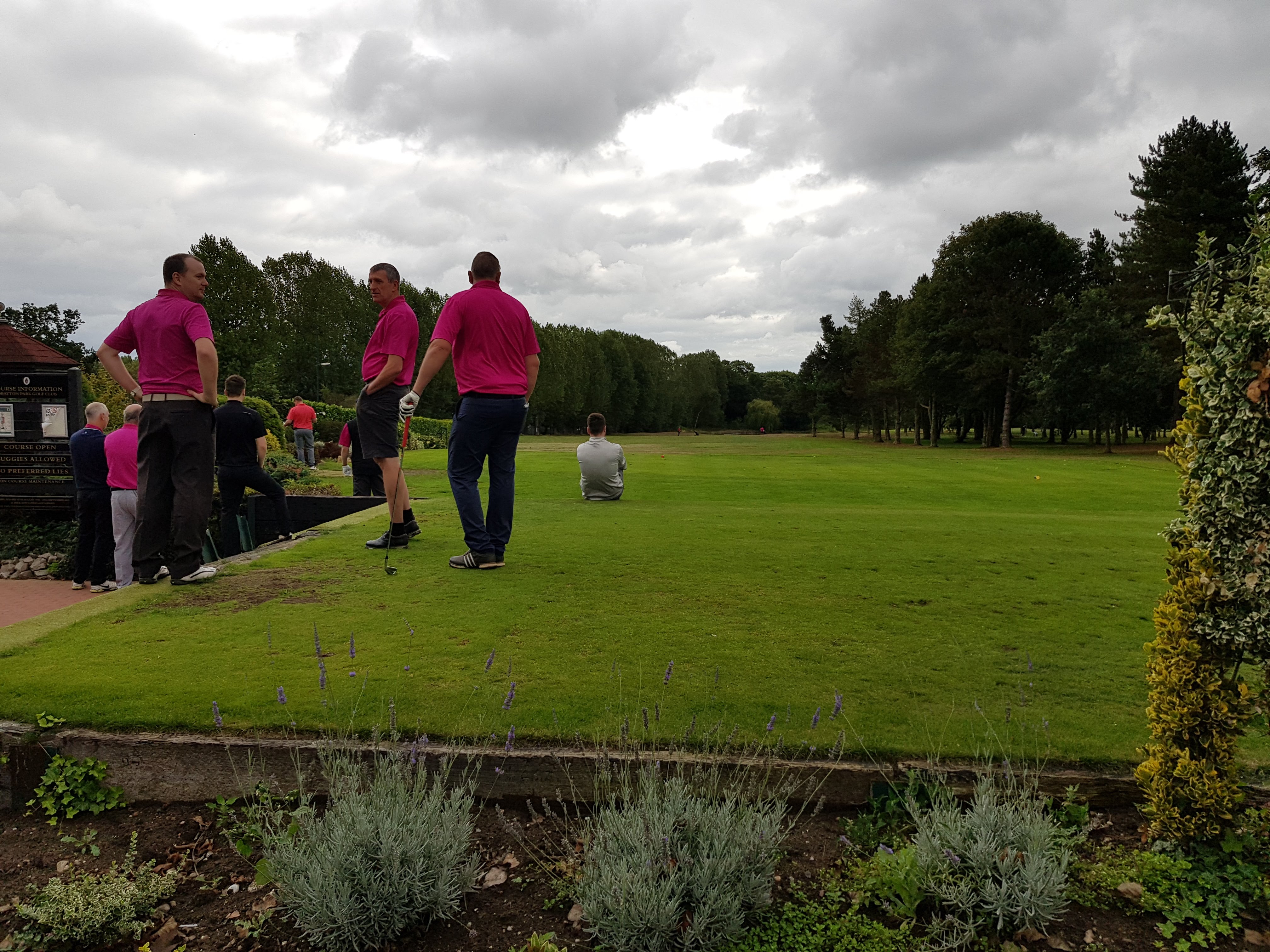 The course was in fairly good condition considering the hot weather we'd had over the past few weeks and the greens were in very good condition [you see Dudley; it can be done]. The course is a fairly tight one and there were plenty of STAGS who were up for the challenge - it was great to look over the course and see it basking in swathes of STAG Pink [fuchsia].

It pays to play a very steady game here and it caught quite a few of us out. One of the stand-out holes has to be the par 3 6th - it really did catch quite a few of us out and played much longer than it actually looked. Most of us seemed to have had our navigation aids out of kilter as only Tim Lane hit nearest the pin on the slight uphill par 3 4th hole...it was a great shot all the same. The other nearest the pin was one by James Cook on the 11th. 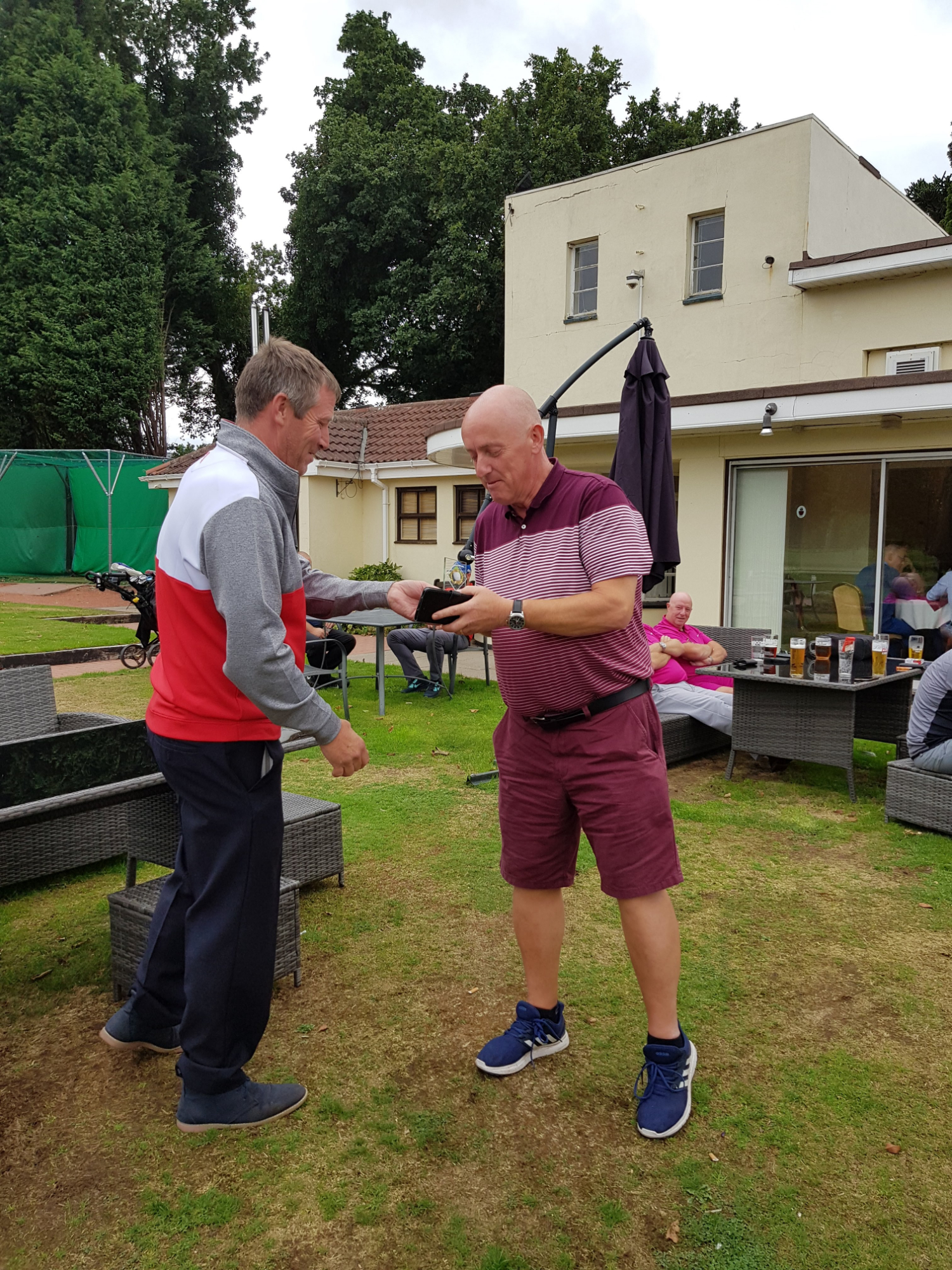 My only victory was that I kept my ball all the way to the very narrow 17th before hooking it straight into the nearest bush. However, young Daniel Welsh claimed his first ever victory despite me trying to bring him down with my appalling golf - well played Dan; it really was a well deserved victory, hitting the ball sweetly and far!

The course was a real challenge for most of us STAGS and the points definitely reflected that - you can always tell how well/badly your round is going when you start pining for a pint after the 4th! 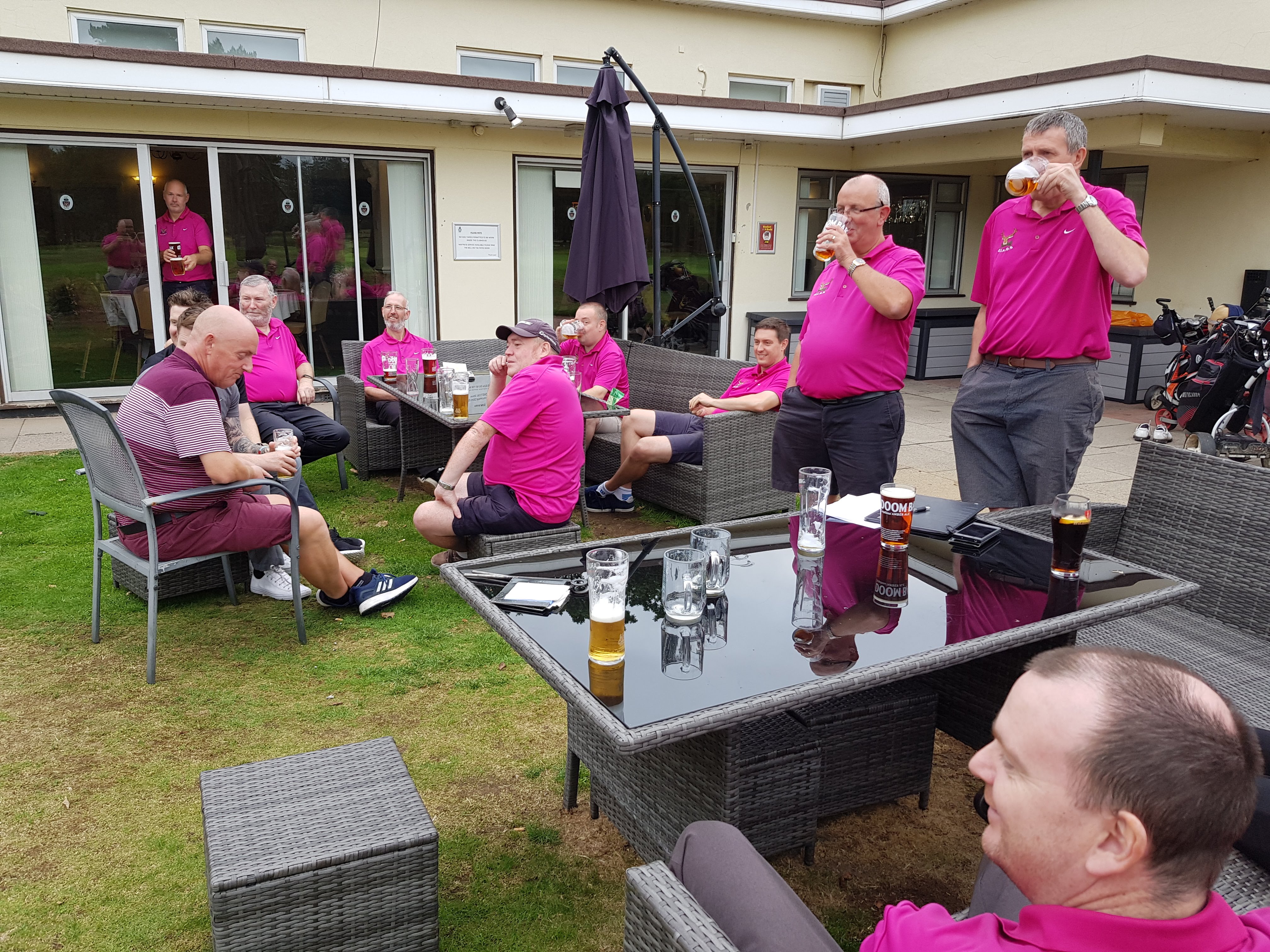 On another note it was great to see a new face on the scene - Will Barton will hopefully become a fully fledged young buck in the not too distant future!

Until next time you bunch of hackers!