Well, we finally, after the fourth time of asking got our season underway on a lovely Saturday morning at Pype Hayes.

It was great to see John Rainbow join us for a coffee and a bacon roll before we teed off and we hope to see him back with the STAGS very soon. Get well soon Mrs Rainbow!

We were very lucky, after all of the inclement weather recently, to be playing on all greens although there were a few temporary tees - but this didn't deter us. Joining the STAGS today was founder member John Farrell's son, Michael who narrowly missed out on first place last year having lost his ball on the 17th.

It was a busy day at Pype Hayes which usually means a slow round but all-in-all it flowed fairly well.

Our secretary, Brendan Reilly, revelled in introducing both myself and Michael onto the tee but left poor old Pat to introduce himself...no pressure then as the shouts from the excitable Billy Noonan echoed across the rolling hills of North Birmingham signalling the beginning of the STAGS 18th season. Being in the first group I can only speak for the first three drives of the day - they were crackers!

Despite the weather over the past few weeks the course was in very good condition with the expected boggy patch here and there. Greens were well maintained although they weren't running consistently [that's my excuse and I'm sticking to it!] with one of Michael's balls almost being entirely plugged on the 12th green.

We reached the first nearest the pin hole on the 5th with James Cook taking the honours on that hole. The next nearest the pin was the inviting 16th which Ges Tierney claimed. All three of us in the first group hit that particular green at the first time of asking - this was the most consistent act from our group during the round! 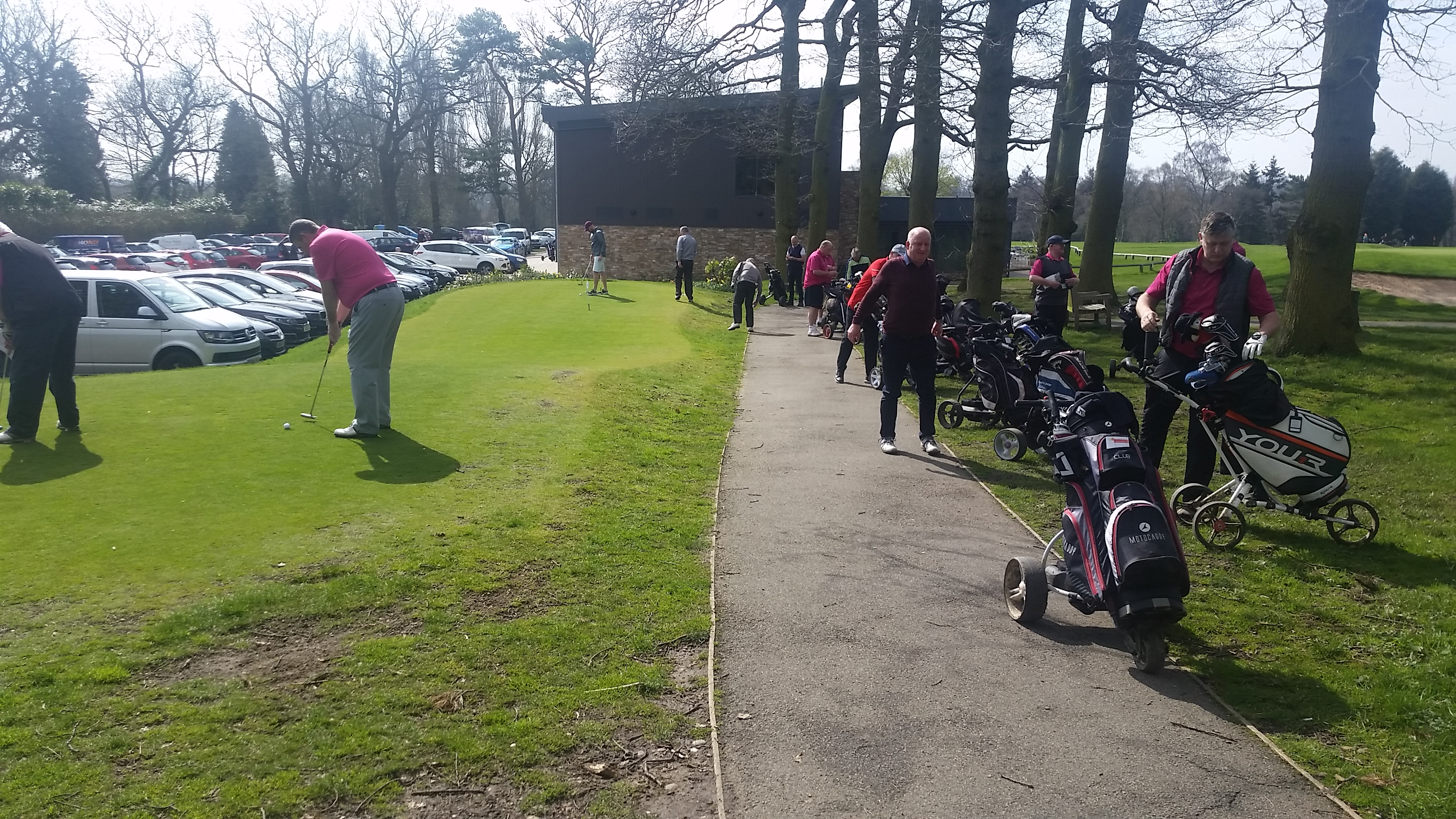 As I mentioned earlier the greens probably weren't running as true as they could have done which played right into Tom Morahan's hands and he ended the match as overall winner with a very impressive 42 points - I can hear handicap secretary Billy's axe being sharpened as we speak!!!

Unfortunately I was unable to attend the presentations as I had to shoot off to Cardiff straight after my game (another Barcello adventure which was an absolute scream - clue in the picture below) however, our vice-captain, Chris McGrath stood in and by all accounts did an admirable job with the various presentations - which this year includes an exclusive STAGS ball marker for the winner- thanks for that Chris!

So, a great first match for the STAGS and it was great to see 25 of us turn up - it would be superb if we could keep that up for the next match which will be at Cold Ashby in Northamptonshire, meeting at 9:30 for tea/coffee and bacon rolls with the first tee off at 10:30.

See you there, Dave.